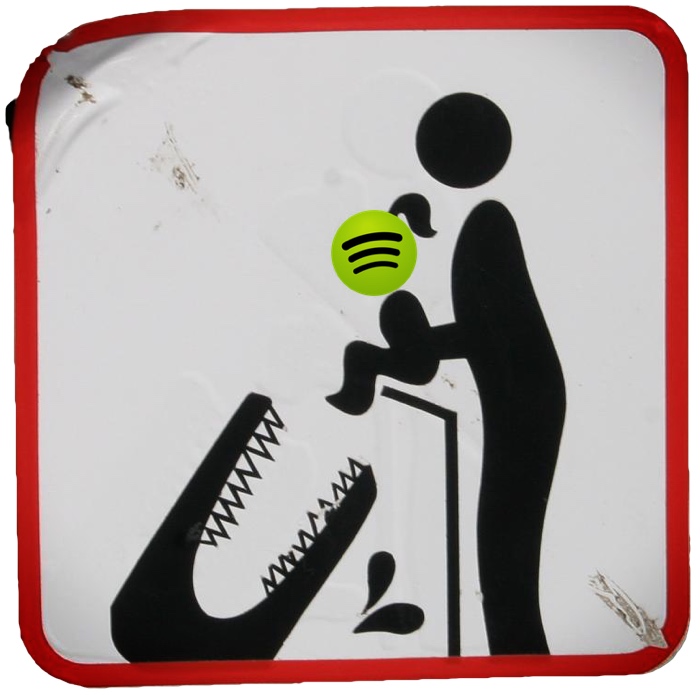 From this morning’s Financial Times…

The Spotify business model relies on attracting users to a free
service that offers a selection of music but with limited
functionality, with the aim of converting those users to paying
subscribers. Spotify generates some revenue around the free
service but makes more via paid subscriptions.

A person close to Universal says there was clear
evidence the availability of free music on Spotify was
hurting digital downloads from stores such as Apple’s iTunes.
“The market data really speaks for itself,” the person said.
“It’s clear that the key to success for artists, consumers and
Spotify alike is developing an offering that drives
more free users to the paid tier.
<!–/*
* The backup image section of this tag has been generated for use on a
* non-SSL page. If this tag is to be placed on an SSL page, change the
*   ‘http://72.52.81.231/revive/www/delivery/…’
* to
*   ‘https://72.52.81.231/revive/www/delivery/…’
*
* This noscript section of this tag only shows image banners. There
* is no width or height in these banners, so if you want these tags to
* allocate space for the ad before it shows, you will need to add this
* information to the tag.
*
* If you do not want to deal with the intricities of the noscript
* section, delete the tag (from … to ). On
* average, the noscript tag is called from less than 1% of internet
* users.
*/–>

According to the Spotify says its model is working, and the best
thing the industry has going for it right now.

“Without free, pay has never succeeded,” Jonathan Forster,
who heads the Nordics region for Spotify, told the Financial
Times.  “We’re one of the greenest shoots of growth in
the industry. We don’t want to destabilize that. We think
that this model works.”