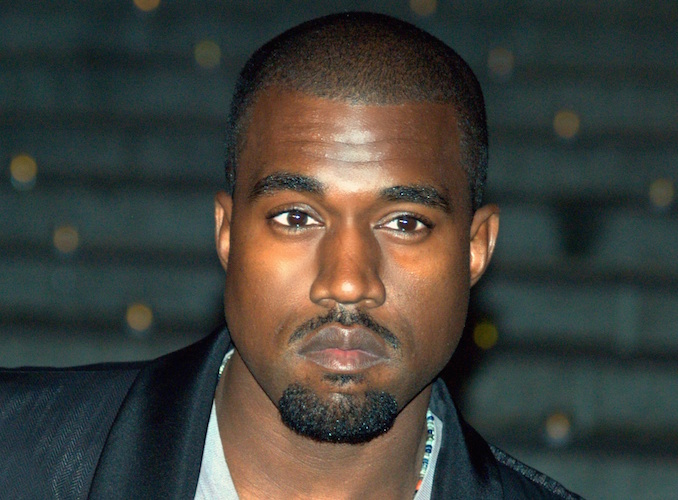 A widely-discussed Change.org petition launched after Kanye
West was announced as a headliner at Glastonbury Festival.
The petition is titled “Cancel Kanye West’s headline slot and
get a rock band.” It currently has 126,509 signatures, and is
steadily gaining more.

The other two acts that have been announced for Glastonbury are
Foo Fighters and Lionel Richie. I’m surprised there
isn’t outrage over the Foo Fighters’ headlining slot.

Ronnie Wood of the family-friendly-band the Rolling Stones
brought his incredible wisdom to the debate. Glastonbury
is all about artists that don’t swear!
<!–/*
* The backup image section of this tag has been generated for use on a
* non-SSL page. If this tag is to be placed on an SSL page, change the
*   ‘http://72.52.81.231/revive/www/delivery/…’
* to
*   ‘https://72.52.81.231/revive/www/delivery/…’
*
* This noscript section of this tag only shows image banners. There
* is no width or height in these banners, so if you want these tags to
* allocate space for the ad before it shows, you will need to add this
* information to the tag.
*
* If you do not want to deal with the intricities of the noscript
* section, delete the tag (from … to ). On
* average, the noscript tag is called from less than 1% of internet
* users.
*/–>

According to the Mirror, Wood said:

“Glastonbury is the home of rock music and, look, Kanye isn’t
rock. He’s a great entertainer and he knows how to
captivate an audience with all his swearing, but
when it comes to what that festival is about, it’s the wrong
choice.”

“People who go there for rock music are starting to
get very angry about all these rappers and R’n’B singers
taking over.”

Let’s not forget that the Rolling Stones were heavily
influenced by American R&B early on. According
to Mick Jagger: The Story Behind the Rolling
Stone, Jagger said early R&B artists were “the
most real thing” he had heard.

Glastonbury isn’t going to idly sit by and take all this
criticism. Co-organizer Emily Eavis wrote a response for
The Guardian:

To say that our headliners should be “rock” is, I think, a bit
silly. Those acts never have been limited to rock, and they
never will be. Stevie Wonder, the Prodigy, Curtis
Mayfield, the Chemical Brothers, Jay Z, Gorillaz, Beyoncé and
plenty of others prove that.”

“I’ve seen people this week saying that Kanye shouldn’t appear
because, in their opinion, he’s not a positive role model or
because they think he’s too self-assured. We book our
acts by choosing the best and most challenging musicians on the
planet – not by applying some kind of arbitrary morality
test.

But I would also remind people that this a man who made a
version of a worldwide hit single which highlighted the social
issues that conflict diamonds cause in west Africa. And
wouldn’t you have a bit of a spring in your step if you’d won
21 Grammys?

It’s important to point out that the signatories of the
petition are not limited to ticket holders. From what we can
see, an awful lot of them aren’t even from the UK.

Even the originator of the petition admits that he has never
actually been to the festival.

Clearly, the petition has given sections of the worldwide media
a pretext upon which to hang a negative Kanye story.
But I’m told that there were only four more requests
for ticket refunds on the day after we announced Kanye’s
performance than there had been the previous Tuesday.
The overwhelming majority of our 135,000 ticket-holders are
clearly not too concerned by that particular two-hour slot on
one of the 100 stages at our five-day event.

Our message to the man who started the petition is that like
any other ticket-holder, he is very welcome to get a refund.
But better still, come to the festival and open your mind to
some wonderful music and performances from all corners of the
world. We work year-round with the goal of making the event as
good as it can be. Hopefully, once you’ve been to the festival,
you’ll be more willing to give us the benefit of any doubt.