The dramatic launch of the Tidal, the “game changing” new
streaming/content platform, on Monday was met with whoops and
applause from the industry insiders and select press who were
invited to the exclusive 100ish person event at the Skylight at
Moynihan Station in NYC. Early Monday morning, hours before the
event took place, the 16 superstar, musician owners, Jay
Z, Beyonce, Rihanna, Kanye West, Jack White, Arcade Fire, Daft
Punk, Usher, Nicki Minaj, Coldplay, Calvin Harris, Alicia Keys,
deadmau5, Jason Aldean, J. Cole and Madonna, all changed their
social media accounts turquoise to signify their #TidalforAll
movement. No one really understood the meaning behind the
turquoise (especially because most artists told their fans to
turn their profiles “blue”). But once the details of Tidal were
actually officially announced and the videos were posted to the
stars’ Facebook Pages, the fans understood what was happening.
And they didn’t like it.

Along with a few people turning their profiles GREEN with the
accompanying hashtag #SpotifyforAll, the fans let their voices
heard. You done f’d up when your fans pledge allegiance to a
tech company over you.

And even the artists who OWN the damn company don’t seem to be
completely on board. The owners/artists’ true belief in
their new company can be quite aptly summed up by what Arcade
Fire changed their Facebook cover photo to just hours after the
announcement. (The link goes to iTunes). Slow. Clap. 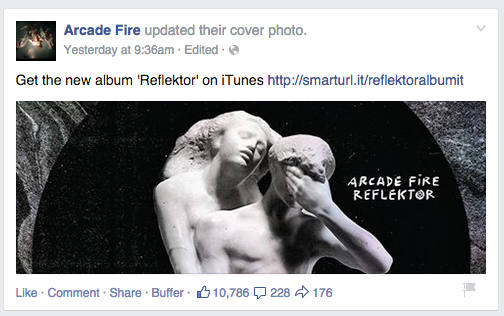 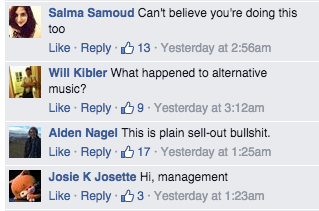 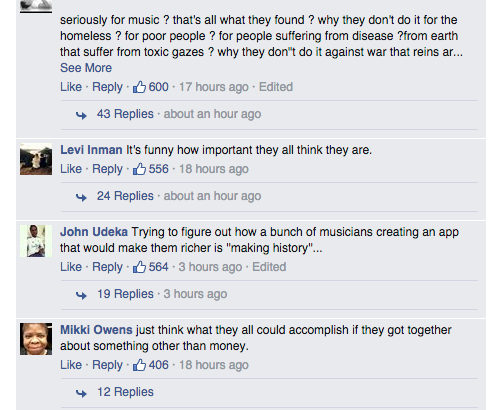 “Sorry Jay, but your publicity stunt lacked credibility
since every person on stage was a millionaire – if you had said
you were giving a chance to new talent to get paid for the hard
work they do I would have been totally persuaded. Pop stars
used to get together to end famine and other noble causes – not
to make the rich even richer.” 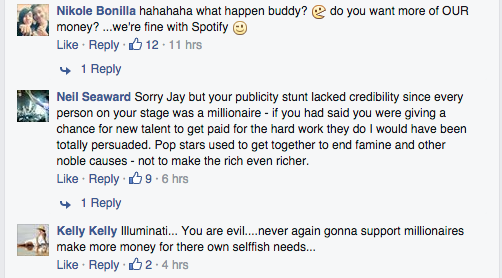 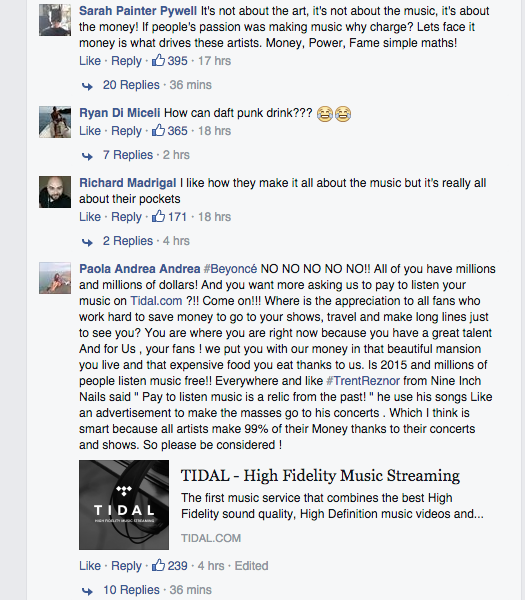 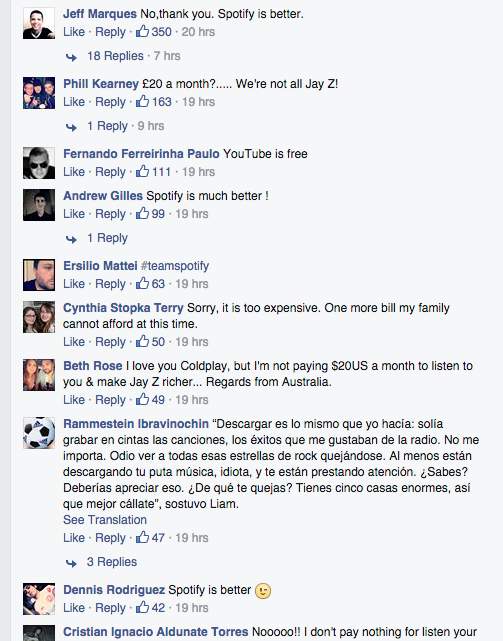 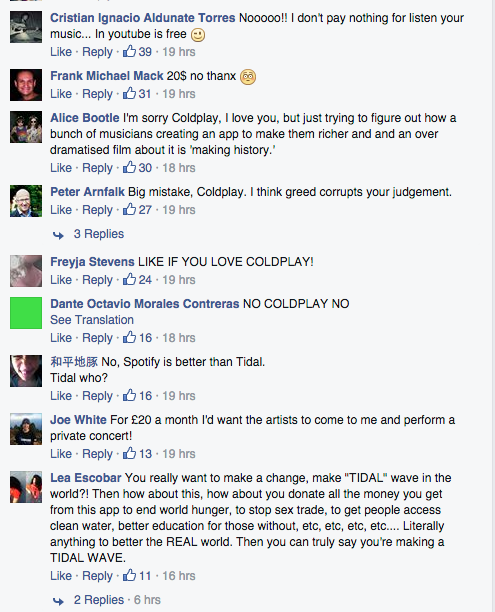 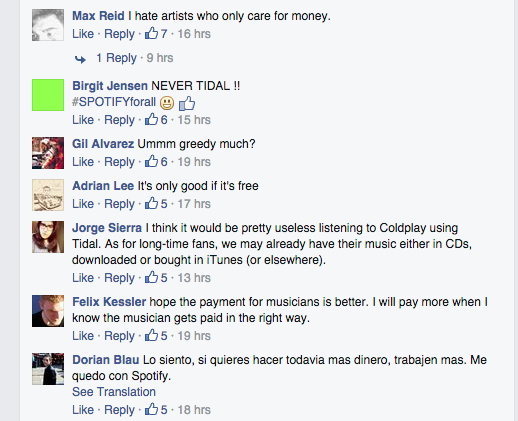 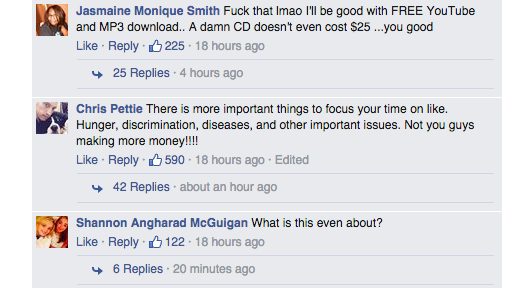 “I thought it was for helping people, you
know…humanity, but no, just a way to protect their music and
get more money” 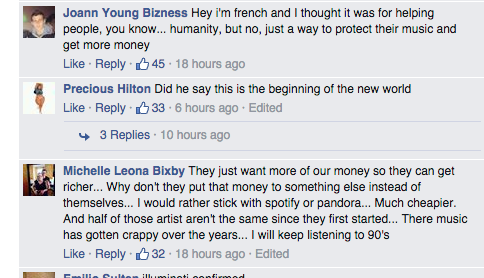 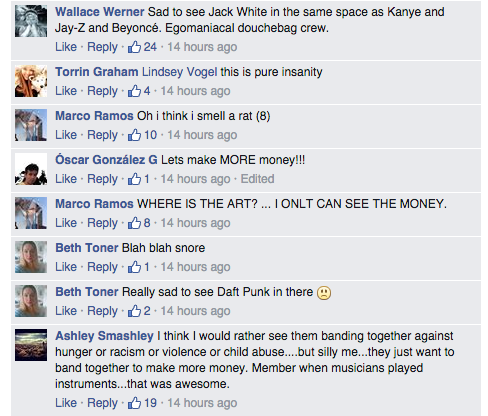 “I think I would rather see them banding together
against hunger or racism or violence or child abuse… but silly
me… they just want to band together to make more
money.” 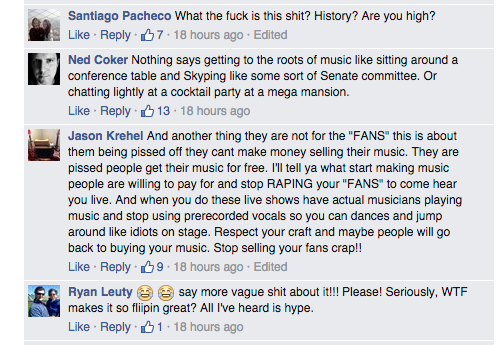 Ari
Herstand is a Los Angeles based singer/songwriter and the
creator of the music biz advice blog, Ari’s Take. Follow
him on Twitter: @aristake