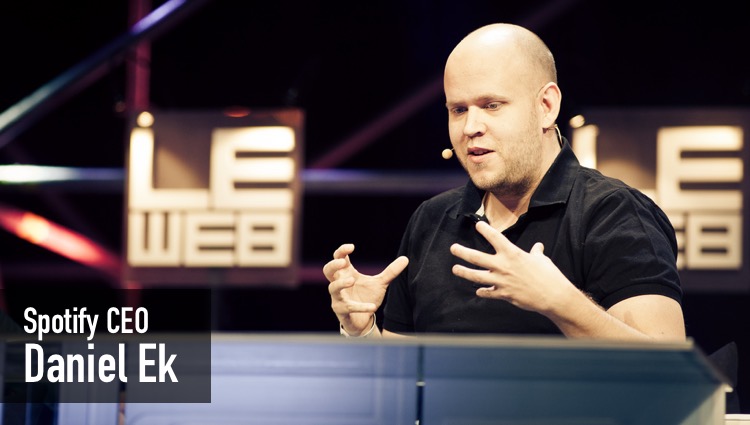 Google is now abruptly walking away from its planned,
$14.1 billion acquisition of
Spotify, according to multiple sources speaking to Digital
Music News early this morning.  The
all-but-sealed deal,
first reported by DMN last week, would have been the
largest music-related acquisition in history, but Google
apparently soured on the deal in light of some “serious artist
compensation concerns.”

Specifically, a major sticking point was Spotify’s $0.05
per-stream payout rate, a figure that
demonstrated ‘excessive fractional penny compensation’ for
top executives at Google and YouTube.  “The prevailing
sentiment was that Spotify should be doing a lot more to
innovate lowered artist payments,” YouTube head of content
marketing Claire Stamper told the Wall
Street Journal.  “At YouTube, our core DNA revolves around
innovation and unlimited access, and that includes solving core
problems related to recurring artist compensation.”

That led to continued disagreement over Spotify’s ‘freemium’
business model, which tries to shuttle free listeners towards
paying, premium accounts.  So far, Spotify has amassed 15
million paying subscribers, a number that was considered “15
million too many” for most YouTube and Google executives.
“YouTube has never charged anything to view a video, and
we dramatically narrowed our fiscal losses to $4 billion in
2014 as a result,” Stamper continued.  “We don’t want
to alter our success formula or confuse our users.”

That comes alongside leaks that the paid YouTube Music
Key is merely a ‘sandbox experiment’ designed to
see what would happen if Google thought about a paid-only music
platform, left it in a ‘perma private beta’ state, then shut it
down two years later.

The talks quickly turned ugly, with an irate group of Goldman
Sachs bankers demanding a meeting with Google cofounders Larry
Page and Sergey Brin, with a renegade group even threatening to
inflate the Google-owned nation of Seychelles into
first-world industrialized status through a mid-prime credit
avalanche, before plunging it back into third-world status by
Thursday though an extreme margin-based default implosion play
if the deal wasn’t finalized.

Despite repeated calls from Google headquarters in Mountain
View, CA, both Page and Brin were apparently at an
off-grid ‘Digital Detox’ pow-wow with absolutely no
knowledge of the deal.  “They’d never really heard of
Spotify,” one source relayed, though the Wall Street Journal
reported that Brin has been stealth alpha-testing a Google Play
Music All Access Plus account for Google Glass v2.x.

According to another source inside the deliberations, the deal
may have also fell apart based on ‘Spotify the human shield’
issues.  Google’s original plan was to ‘throw a few
billion’ at Spotify to shut it down, while giving lingering
subscribers a free Google Play Music All Access Premium Plus
30-day trial.  Sounds perfectly rational and a huge
opportunity for music fans to suddenly experience a
different service, but as that plan was being white-boarded, a
scary question emerged: without Spotify getting constantly
harangued in the media, shredded by angry artists and
brutalized by mega-starts like Taylor Swift every other week,
what would that mean for YouTube?

“No one wanted to find out,” another source relayed.